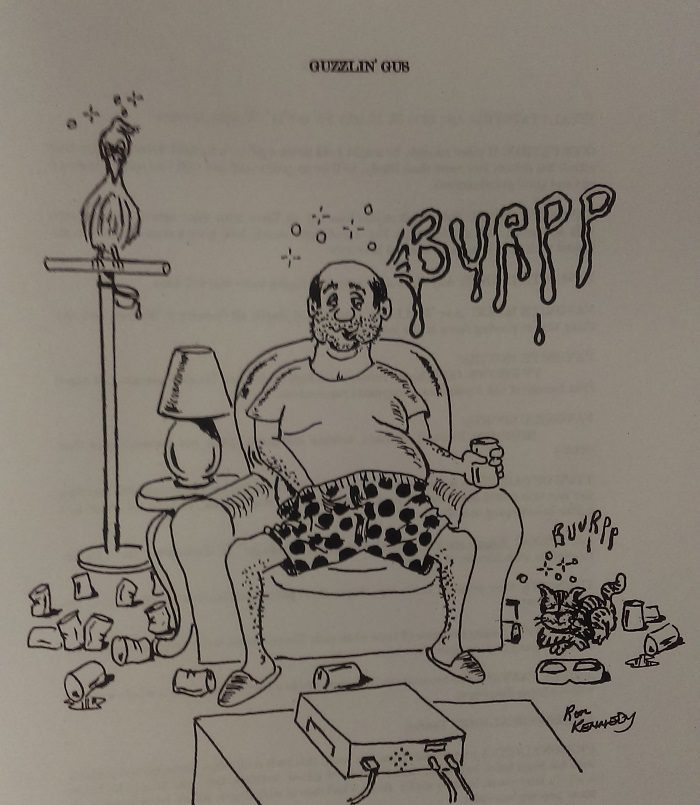 Check out old drinking Gus, better known as ‘guzzlin’ Gus, the town drunk! Now don’t act like your ass don’t know someone like Gus. Maybe you know someone like this from work or could be a male member in your family. Don’t be ashamed! It happens to the best of us. (These dudes figure the bottle is more important).

Then again, your ‘Gus’ may be a female family member. Daughter, sister, aunt, cousin, etc. (Hell, you get the picture!) You’ll always recognize who’s the lush right around the holidays. How to love this person the way you’d like, is a task in itself. They maybe family, but damn they’re a pain in the neck.

Exposes True Self On Holidays

On Thanksgiving & Christmas, Look Out! He or she (Yes, there are women drunks too), will come over and head straight for the liquor cabinet or whatever you have laid out on the table! Why is it they’re always the first to arrive? (Some even have nerve enough to complain about the brands you have).

You’ll still be in the kitchen cooking, trying to get that holiday meal together because you’re expecting 12 guest. So far all is going good, except for Gus bugging you every 15 or 20 minutes asking where is the rest of the liquor? (What you had laid out on the table is already gone).

But in regards to Gus himself. He’s a soft-spoken guy in his late 40’s, getting fat, going bald and not giving a damn about anything. (If female, she’s probably overweight, lazy and screams at the kids all day).

During the pandemic, he never wore a mask telling people alcohol keeps him immune and it’s his own way to be vaccinated. He drinks like a fish, breath smells bad enough to make a horse commit suicide and he thinks he knows it all. You can’t tell him crap! (So don’t even try!!)

One habit he has that you’ll never get use to: Gus will always get right in your face, as though you can’t hear; spit flying everywhere, trying to out talk you. (I wonder why drunks always do that.) All you can do at this point is hold your breath for as long as you can, pretend you’re into what he’s saying and hope like hell, that he will soon shut the fuck up.

Sometime he acts like a spoiled mama’s boy if he doesn’t get his way. The whole town tries to show this Gus love, but do so only out of pity.

PLEASE! Avoid conversations at all cost!

So without further ado, I present to you the profile of Guzzin’ Gus…

OCCUPATION – If he stays sober enough, you ladies might find him working as a forklift driver, (..just don’t stand too close or you’ll get killed.) You may also find this type cleaning up school buses.

But more than likely, he’ll just be on government assistance collecting his check. 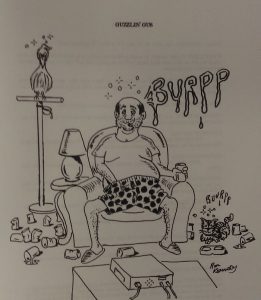 For a midnight snack, he’ll invite you over to have a large dripping slice of bourbon pie topped with Cool Whip.

He’s not choosey at all. He’ll drink you under the table. Whatever alcohol beverage the store clerk will sell him is just fine.

When you’re at his place, just don’t try to out drink him. (..this really pisses him off.)

FAVORITE MUSIC – Prepare your ears for an evening of ‘Bud Light’ commercial jingles, all Country & Western songs, and anything played down at the local pub or the neighborhood gin joint.

FAVORITE MOVIES/TV SHOWS – Your night of enjoyable viewing with him will include ‘Old Cheers’ reruns and the 80’s movie ‘Arthur’ with Dudley Moore.

He also enjoy watching past taped film footage of Alcoholics Anonymous rap sessions. (..he has a very LARGE collection and he just knows you’ll get a kick out of it.)

FAVORITE SPORTS/HOBBIES – Football, drinkin’, belchin’ and fartin’ (But not necessarily in that order.) Do you think you can keep up? I doubt it!

TYPE OF CAR – When a little sober, (..which is very rare) he may attempt to drive his old Chevy van. But anytime you spot this hunk of junk parked in some remote area, you can bet your last dollar he’s inside sleeping one off.

TURN-OFF’S – Losing his sense of taste and smell when sick. He also hates warm beer, missing liquor sales and you drinking more than him.

SECRET FANTASY – He dreams of someday being accidentally locked inside a beer distillery for a whole weekend without being discovered. 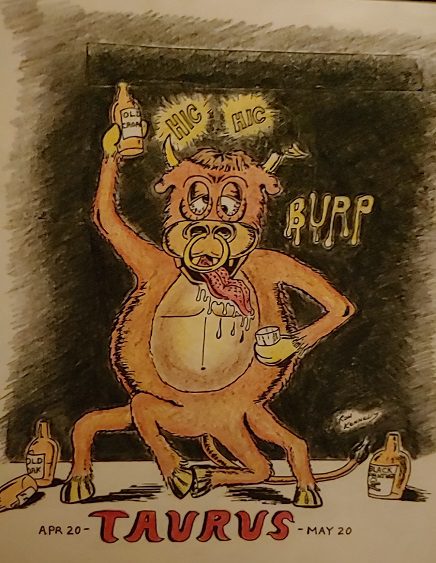 PERSONALITY – A connoisseur from way back in the day, this lush really does know his suds.

Along with his huge belly, he’ll more than likely be of mixed heritage, very lazy and think he knows it all.

(Just ask him anything, and regardless if he know the answer or not, he’ll argue you down until you agree.)

In later years, he may suffer from a bad case of stiff finger joints due to opening so many pop-top beer cans and twist off bottle caps.

IDEAL WOMAN – She must be under 28, a little chunky and have bucked teeth. This way, whenever he can’t locate the bottle opener, he can just turn to her and say; ” Honey, open wide!”

WHERE TO MEET – Ladies, you’ll run into these types standing in lottery lines, at the bowling alley, the old neighborhood bar or puking his guts out in someone’s backyard.

GOAL – To one day win some type of contest where first prize would be a free case of beer every week for 24 months.

RATING – 4.7…..At the beginning ladies, he could start off being a good provider for your children. But later in the relationship, you’ll probably get dumped for a big-breasted barmaid; which may be all for the better.

You would only tire yourself out from the constant litter of beer cans strewn about the house. (..one messy deal.)

But there’s a good bet he could be a candidate for ‘Customer of the Year’ named by the local aluminum recycling center in Belch-em’, Wyoming.