STAY ON A SMOOTH COURSE TO KEEP THE PEACE!

Guys, To Stay On Her Good Side Takes Much Effort.

I must start things off with a known fact: Every man who’s ever been in relationships, has found himself in the doghouse at one time or another (some more than others.) It’s an empty cold, dark, and scary place that no caring man, who tries to do the best he can, wants to venture into. So how to stay on her good side will take some effort at home.

It’s a place where one is banned to the cold shoulder, the evil eye, and the uncomfortable itchy couch. A place where there are no birds and 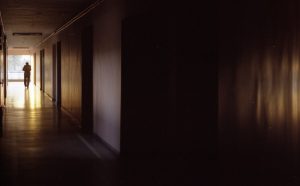 And the sad part about it, once you’re there, it’s very hard to get out. You’re all alone!

But herein lie the age-old secrets to avoiding the doghouse – and avoiding the wrath of the lady in your life. You always want to stay on her good side.

If you pay close attention to the precepts to follow, you will find yourself armed with the knowledge you’ll need to stay out of the most ominous place in the world.

However, If I were to quote Clark Gable in “Gone with The Wind,” with his famous line; “Frankly my dear, I don’t give a damn”, I’d be lying. I do give a damn when it comes down to seeing guys confined to the doghouse.

Through my 37 years of marriage, I was once there myself (probably more times than I care to remember).

Anyway, I hope this information will make you more aware of what to say, how to say it, and when.

Let’s face it guys, the complexity of a woman is a mother f____er. I wish the best to all you dudes out there who constantly screw up!

Below are 20 important rules to remember to keep your ass out of the doghouse. In other words, think of these as the most cautious things you could ever say or do regarding managing relationships:

RULE #1 –Never forget – even her feelings have feelings.

Women feel things far more deeply than the rest of us. They can be downright bottomless wells of sensitivity. You may feel pretty happy with yourself for properly diagnosing some feeling you’ve noticed she has.

But don’t get complacent: Whatever it was, you can bet there are five more coming right behind it.

RULE #2 -Develop an attention to detail that would put Scotland Yard to shame.

Maybe she has a new haircut, some type of new hairstyle or nail color. Maybe she left for work this morning a blonde and came back a brunette. Whatever it is, if you don’t notice it, YOU’RE IN TROUBLE!

When you see her at the end of the day, play a silent round of the old children’s game What’s Wrong with This Picture? (Hint: There’s only one right answer: nothing – I love it! Even if it’s a five-engine red Mohawk.)

However long or complicated the conversation may be, just nodding your head occasionally and saying “uh huh” won’t cut the mustard. Trust me, sooner or later you’re going to need to remember what she’s saying. Pay a little attention now, and thank me later.

RULE#4 -It’s fine to have friends who are girls…as long as they all look like Mike Tyson.

Don’t expect her to be any more thrilled about your cute girl-friends than you would be about her new buddy, the hot, muscular neurosurgeon.

If you want to stay out of the doghouse, say goodbye to all lady friends who have more than one facial tattoo and less than three chins.

RULE#5 -Learn when a request is actually a command in disguise.

“Do you want to come with me to the kids’ play?” “Do you feel like going to the school board meeting?” “To see the Robertson’s baby?” “To the Johnson’s housewarming?”  These sound like request…. but there NOT!

RULE#6 -Just as in any other penal system, repeat offenders get longer sentences.

You’re probably thinking everyone makes a mistake once in a while. That would be your FIRST mistake. Justice might be blind, but she has a perfect memory.

Even if you throw yourself on the mercy of the court and get a suspended sentence for your first offense, the second time the judge will throw the book at you.

RULE#7 -Take a lesson from golf: Always keep your head down.

One of the quickest paths to the doghouse is getting caught looking at other women. Even when you think you’re in the clear, You’re NOT! Women all have that sixth sense.

When you feel temptation is near, keep your head down and stare at your feet. If that’s too hard, think about investing in a pair of horse blinders.

RULE#8 -Even if she asks for details about your ex-girlfriends, she doesn’t really want to know.

No good ever comes from talking about ex-girlfriends. Bringing them up is like summoning a ghost – once in the room, they’ll haunt you forever. We recommend telling her you spent spent most of your life in a seminary before you met.

RULE#9 -Your relationship is not an adult film…it’s a sitcom!

We know, you may have seen some things online that looked pretty…stimulating. Unless you’re a rock star, though, don’t even try talking her into trying anything you’ve seen in dirty movies.

Trust me: your relationship’s more like ‘Everybody Loves Raymond’, without the joke writers. the laugh track or the commercial breaks.

RULE#10 -Learn from our old past, former president Nixon: The cover-up is always worse than the crime.

Deleted text messages are as bad as incriminating texts. If you wouldn’t want her to read it, don’t send it in the first place – ’cause she will, every time. And mobile reception in the doghouse is terrible.

RULE#11 -Never use any kind of fruit to describe the shape of her body. Fruit can be very good for you. Fruit metaphors? Not so much. Pear, apple, melon, cantaloupe – reach for the wrong image, and you might get that same piece of fruit thrown at your head.

Sorry, but if she ask for a cucumber and you come up with a zucchini, you’re in trouble! “Some kind of vegetable” isn’t enough to keep your head above water.

RULE#13 -Fair: A place with cotton candy and pony rides.

Get use to it: When it comes to relationships, life isn’t fair. If you want to ‘win’ her, every so often you need to lose an argument. Check your ego at the door – and your superego and your id, while you’re at it.

You may brandish “the facts” like a seasoned lawyer – but this is not a court of law. In an argument, logic will only make her more irate. Think less like a lawyer and more like a prisoner on a pirate ship: When all else fails, – “beg for mercy.”

RULE#15 – There’s NO such thing as a friendly game of “What celebrity would you sleep with?”

Dude, you really ought to know better, but one or two glasses of wine and a shot of vodka and there you are, revealing your secret yearning to make out with Angelina Jolie and Jennifer Lopez. Innocent enough, right?

RULE#16 – NEVER side with your mother over her (unless you want to move back in with mom).

True. For the first eighteen years of your life, your mother’s opinion was the one that counted. But now there’s a new sheriff in town!

Tell her your mom disagree with her, and you and your poor mom could get get thrown in the stir.

RULE#17 – No good can come of forming a band AFTER the age of twenty – nine.

From where she stands, forming a band can only lead to bad things: Your being gone nights on end, wearing childish T-shirts, and coming home to a cold dinner and a cold shoulder. Try it, and your ‘opening night’ may be at a little club, down the end of a deserted road called “the Doghouse.”

RULE#18 – Don’t Complain about your plate unless you want it replaced by a bowl.

Unless the steak she serves you is extra rare with a side of E. coli. it’s Best NOT to criticize her cooking. Remember, before she came along you were probably eating frozen dinners everyday. So whatever she’s got cooking, it’s an upgrade!

RULE#19 – A woman’s pet is never just an animal. It’s her furry soulmate.

They’re all dog and cat whisperers. Don’t assume you can make fun of her cat or yell at her dog. She’d probably sacrifice her life – or yours, at least – for the animals.

And now, before I end, here’s one more extreme rule that targets ALL married guys. I’ll call this “The Grand Daddy of All Rules” (It stands alone in the rankings):

RULE#20 – “Your Wedding Ring Should Only Leave Your finger, If Your Finger Leaves Your Hand.”

To the numerous fellows that ended up in the doghouse after getting caught taking off their ring on the way to a bar, stripclub, or some other hunting ground or watering hole, will always remember the day. A woman figure once that ring goes on your finger, the only things with a license to remove it are a wood chipper, meat cleaver…or an alligator.

So there you have it, fellas. Follow these 20 important rules! Hopefully, you’ll try to stay on her good side. It’ll keep your ass out of the doghouse! Good luck!

Editor’s Note: This post was originally published on March 10, 2017 and has been completely revamped and updated for accuracy and comprehensiveness.

Take A Listen To A Gospel Song Recorded By Me & My Brothers Entitled “If God Be For Us, Who Can Be Against Us” By Lamont J & Co. Can Be Purchased By Clicking The Link Below: